January 17, 2010
Ok so there were no planes but we did start the weekend off by playing our favorite train game. 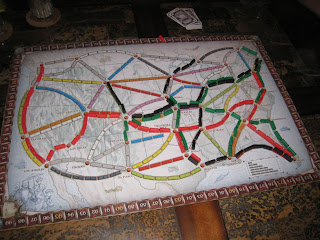 Friday, Dad and Angi came over and brought a wonderful Zab Thai feast which was followed by Angi's first run at Ticket to Ride. I wasn't sure Dad had been bitten by the bug or not until I got a phone call from him wanting to come over and give it another try (he looked frustrated and angry through the first round a couple weeks ago) and sure enough I think we may have him hooked. We will see when the next call comes in. : ) 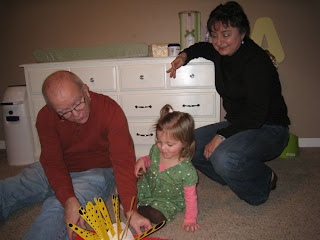 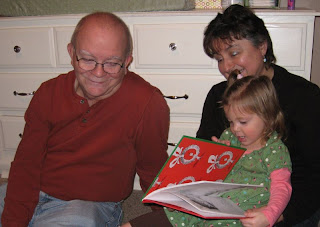 Next comes automobiles...the longest trip to a baby shower ever! I love Meka and wanted to go to her baby shower, but Tacoma, seriously? Sure why not?

We survived though, it wasn't too bad. I am not sure I have ever heard her say "Mommy" so many times!!! Or her other favorite phrase "I need something else" What does she need? I have no idea, but we definitely didn't have it.

The shower was a lot of fun and I was so excited to get a melting Ava into the car where she would instantly fall asleep which would lend to a quite, peaceful ride home. Nope, it took her another hour and a half before she gave up. She is a bit stubborn, wonder where she gets that from? 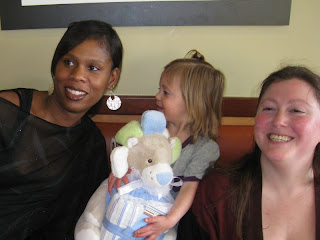 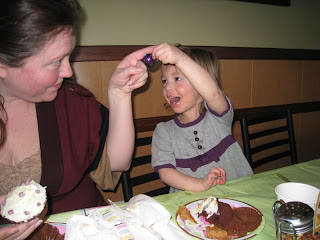 John, Erik and Matt got some tickets to see a motocross event at the Rose Garden and rode the MAX downtown to enjoy a much needed guys night out. They ate hot wings at Fire on the Mountain, stopped by the Widmer brewery, went to the show, played pool and ended the evening at Matt's with video games. Tiffani & I stayed in and had a nice evening with the kids.

Speaking of planes though, can't help wishing we were taking one somewhere cool. I want to go to Aruba again, however I could settle for some other tropical white sandy beach...

Popular posts from this blog 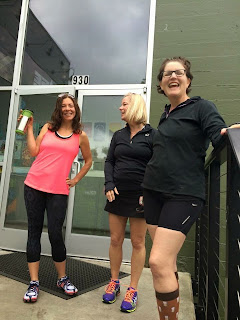 Recently I got invited to run in a relay I'd been hoping to get in to, it was a new event, free, and quite popular, so it filled up quickly.  Lucky for me someone dropped out at the last minute and I got to take their spot!  Yay!

What happened to my little baby??? 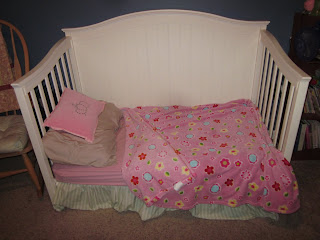 Last night we un-caged the beast.
We took the side off Ava's crib.

You might see a big girl bed,
all I see is FEAR!
Ava wasn't scared.
More like through the moon happy.
She kept getting in there pretending to be asleep.
She wasn't too good a pretending since
nothing could get that grin off her face!
We explained all the rules to her.
No jumping, no crying, no getting out of the bed
under ANY circumstances.
Daddy even told her the carpet turns into
burning hot water once she goes to bed.

I am sure he will create no issues for this child.

We told her big girls just nicely read in bed.
So that is what she did.
She stayed there all night, not a peep out of her,
she didn't even fall out of the bed.
I checked her feet this morning and she must
not of gotten up, there were no
burn marks on her feet at all... 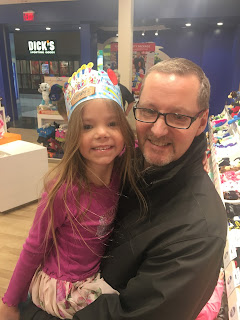 Sarah
Hi! My name is Sarah, this here is a snap shot of our families life, well at least the good parts. I take far too many pictures, all in the hopes of not forgetting any of it, which knowing me, is super likely regardless. A perfect day for me would include all or at least some of the following: running, reading a good book, going on a hike, taking some great pictures, taking my kids somewhere fun, going on a date with my love, entertaining friends, coming home to an already clean house, going kayaking, hanging out with family, surviving hot yoga, sipping a cocktail on our deck while we watch our kids play nicely together and hearing them be thankful for all we are trying to do for them. I love gratitude, I think it's really the key to a happy life. We are blessed, and so very grateful for this great life we are living. We have the very best family and wonderful friends. Our hearts are full. Thanks for following along!